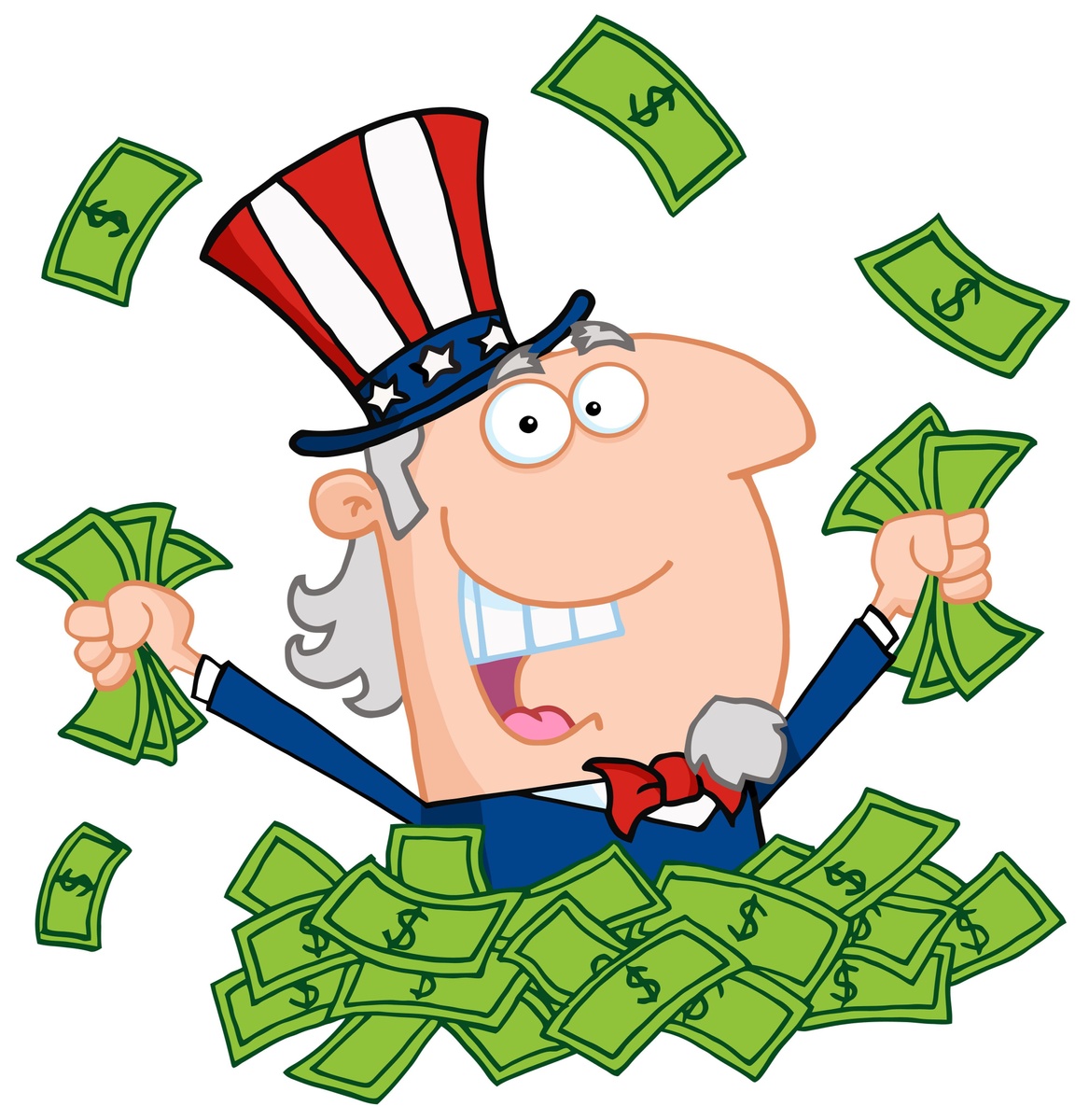 We should all be accustomed to poorly considered legislation coming out of Washington, but the student loan forgiveness program perhaps takes the cake when it comes to bad policy.  This week the administration announced across the board student loan forgiveness of $10 - 20 thousand dollars per borrower for any individual making under $125,000 per year or any household under $250,000 per year.

Now, I am not about to suggest that there isn’t a problem with the student loan system.  It is an unmitigated disaster.  Although run by the federal government, it is more predatory in its lending practices than any sub prime loan scheme the private lending industry has ever concoted.  But the loan forgiveness program announced by the White House this week does little to help those who are most buried in debt, while doubling down on the existing program which encourages unlimited borrowing for unlimited education expense.

Now I realize I may ruffle some political feathers with this post and I usually hesitate to do that.  But please realize I don’t have a political horse in this race.  I no longer affiliate with either of the political parties.  But I am someone who understands the student loan program inside and out.  I see the impacts of huge student debt balances on the lives of my clients or their kids.  I want the government to do something, and have lobbied for change for a decade.  And as a financial planner I am deeply concerned with an out-of-control national debt and its inflationary consequences.

I have written about the insanity of the student loan program in this space in the past, so long term readers know where I stand on the topic.  I even had a sit down meeting with my Congressman (at that time the now ousted Republican Leonard Lance) to express my concerns regarding the system.  He was completely clueless on the subject, by the way.  I was quite dejected.   Despite my passion for the topic, I can’t fathom how this debt forgiveness proposal makes any sense.  Let’s consider my two kids.  They both earned undergraduate degrees.  Both borrowed near the maximum $28,000 permitted for 4 years of undergraduate study.  My daughter graduated about 10 years ago.  She makes a modest income, and has at times struggled to make her payments.  In a few months she will make her last payment.

My son graduated in 2020 with an engineering degree.  He is making pretty good money, and could easily afford to pay the $200 something standard monthly payment, with little sacrifice.  He has continued to work throughout the pandemic, and has accumulated enough savings he could pay off his debt yesterday if he wanted to.  Even though he earns much more money that my daughter, he will see his debt load chopped in half overnight – which my daughter as a taxpayer will have to pay for!  Most recipients of debt relief are like my son.  The average student loan balance is much like my son's at roughly $28,000.  The vast majority of student loan borrowers are not struggling, and can easily afford their debt service.  They will take the money, who wouldn't?  But they don't need it.

Meanwhile, the people who might really need the help – those with huge balances.  – will barely notice a 10 or 20 thousand dollar reduction in their debt.  They will still be in debt up to their eyeballs.  These are the folks the proponents of forgiveness hold up as evidence that “something must be done” – but these people aren’t actually being helped!   As a fig leaf of needs testing, the forgiveness is only available to households making under $250,000.   Really?   Is anyone making $250,000 struggling to pay back a $10,000 debt?   Blanket across the board forgiveness is just a terrible idea.  It is like removing a splinter with a battleaxe.  The fact is that most of the forgiveness is accruing to people, like my son, who can easily afford the payments and would have paid off their loans without help.  That is to say, most of the $300 billion is a wasteful giveaway.

Am I cynical thinking that the program is designed to buy the maximum votes rather than help those who really need it?  Maybe, but it is the only explanation other than complete lack of vision that can explain this program.   Why not apply a simple debt to income ratio to forgiveness?  Since the government will be checking the borrowers income prior to approving their forgiveness application anyway, why not just suggest that we will forgive 50% of the amount by which a borrowers overall debt exceeds their household income.  My son would be out of luck.  His total balance is about $25k and he makes well more than double that amount.  But the amount that would be forgiven for those who really need relief would be much, much higher.  (those with $200,000 balances and $100,000 incomes would receive $50,000 forgiveness)   This would be administratively simple, and is fairer than giving money to those who clearly don’t need it!  And it would cost far less money (since only the most indebted would qualify)  But no one asked my opinion!   So, either no one in the administration is thinking very hard, or this is really about showering cash on young voters hoping to earn their support in a coming election.

Making the proposal even worse is that nothing is being done to fix the broken program that created the problem.  We need to fix the system that allows borrowers to borrow beyond their means to repay in the first place.  Congress has tried to deal with this in the past, but the academic lobby has stymied every attempt at reform.  Here is the story.  Students can only borrow modest sums for undergraduate study.  This is sensible.  A student who wants an undergraduate degree but has low income can combine Pell Grants, federal loans, and a part time job and can afford to get their degree via community colleges and state school tuition.  I’ve seen people do it, its possible!  So any American get a college degree without taking on more than $28000 in debt.  As previously noted, that is only about a $250/month payment.

It is graduate school where borrowers go berserk.

It is possible to borrow nearly endless amounts of money to get as many masters degrees as you want.  You can use borrowed money to pay for rent, groceries, and living expenses as well as tuition.  In theory, one could perhaps keep borrowing and going to school for one’s entire life if one was so inclined.   When (or if) one graduates after all those years of schooling, the standard 10 year repayment will likely be unaffordable.  But the government has a deal where your payment will cap out based on a percent of your income.  So you could accumulate $500,000 in debt going to school for 12 years, then if you make $50,000 you may only need to pay $200/month in payments.  After 20 years of making these payments, your balance will likely have increased to $1 million or more, but that balance will be forgiven and the taxpayer picks up the tab.  Of the $500,000 borrowed, this student will only have to pay back a total of $48000.  The taxpayer will pick up $952,000.

Let’s not even get into the fact that the repayment options are so complicated you need a graduate degree just to begin to understand them.  And that the rules are so obtuse that 98% of the applications for loan forgiveness under one of the more popular programs are rejected.

The entire college funding system, as we used to say in college, is FUBAR.  (if you don't know don't ask...)  We have been led to believe that almost every job out there “requires” a graduate degree.  This is nonsense.  20 years ago you did not need a masters degree to be a social worker, or a teacher, or most other jobs.  These jobs only now require a masters degree because unlimited funding from the government makes such degrees readily available among job candidtates.  But is this good for society?  We have a shortage of skilled and educated workers in almost every field, but the government is paying potential workers to stay in school rather than enter the workforce.  Students suffer even beyond their debt loads, since more years in school mean less years to work, save for retirement, or start a family.  Parents suffer as they struggle to help their kids.  The taxpayer suffers.  The economy suffers as the national debt balloons and inflation soars.  Who benefits?  Colleges and universities who have come to rely on a gravy train of limitless government funding for lucrative masters degree programs are pretty much the sole beneficiaries of this out of control system.  Like the "military-industrial complex" we now have an Educational-Government Complex" where both the government and academia reap huge financial benefits at the expense of almost everyone else!

The current proposal spends hundreds of billions and doesn’t even help those most in need.  It commits the taxpayer to provide perpetual debt relief and almost free and unlimited graduate level education as an entitlement.  There was a real opportunity here to fix this broken system and at the same time help struggling victims of what I believe to be a predatory lending program, but the administration seemed to decide to go for the solution that would buy the most votes.