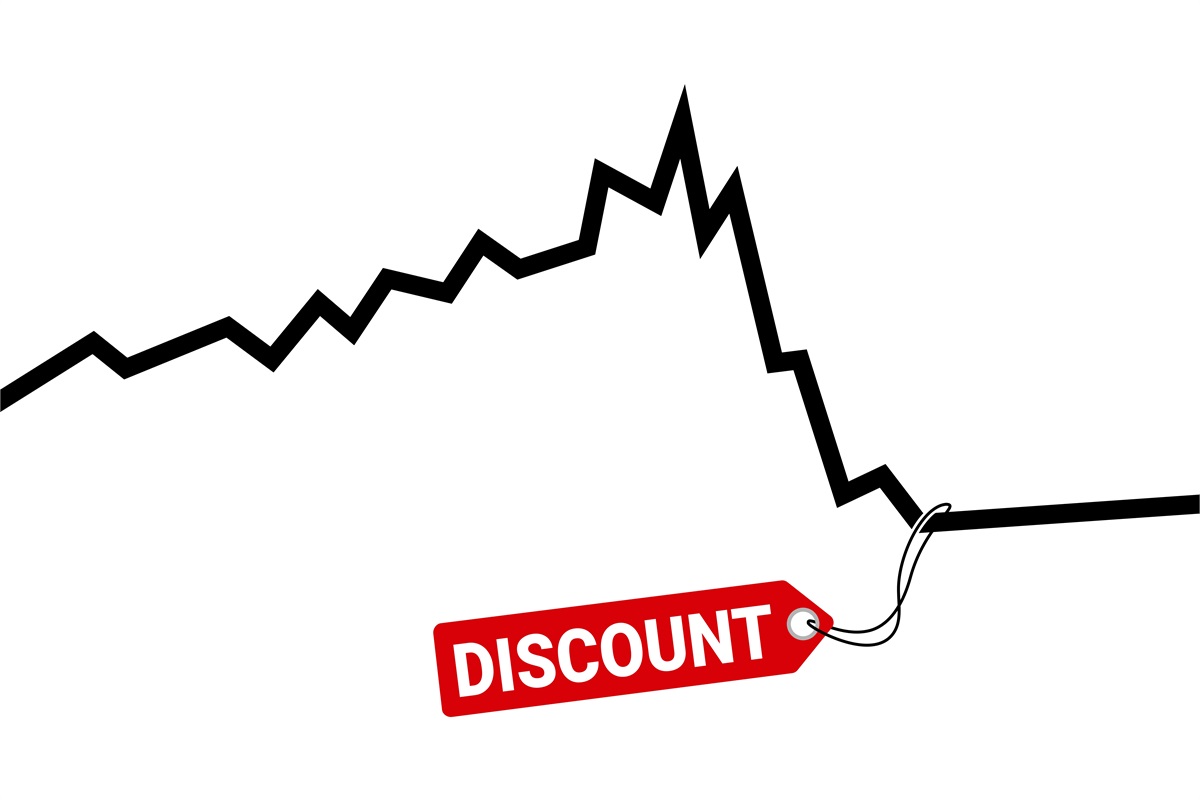 The recent selloff in stocks has a bright side.  Stocks are the cheapest they have been since 2013, according to this article on Yahoo Finance today.

Many investors had worried about high stock valuations during 2017 and the first half of 2018.  Generally speaking, investors are willing to pay more for stocks when they think earnings will be higher in the future.  So optimism about the economy and business prospects tends to drive stock prices higher relative to the corporate earnings (which are the ultimate determinant of the value of a stock). And based on the prices they were willing to pay for corporate earnings, investors were highly optimistic right up until Oct 1, 2018.

In the fourth quarter, that optimism gave way suddenly, as if a dam broke.  Suddenly investors became obsessed with all the worries which they had seemed to ignore all year.   Those worries included prospects for slower economic growth, lower earnings due to trade disruptions and the cost of tariffs, increased wage pressures, and a host of potential “unknown” disruptions resulting from general perception of instability in Washington.

In a period of a couple of months, “the market” appeared to go from extreme optimism based on the highest valuations in years, to a state of significant pessimism about the future – resulting in the lowest stock prices relative to earnings since 2013.  To me, neither the extreme optimism of this past summer, nor the extreme pessimism of the last few weeks is really warranted.  But the recent sell off should not be surprising either.  In fact, the move up had been so relentless for so long, that a very sharp downturn was almost required in order to bring rational pricing back to the markets.  Overdoing the sell off was in part a response to the overdone run up in prices of the past couple of years.

Meanwhile, the real economy is apparently ignoring the markets state of fear and anxiety.  The Wall Street Journal reported today that Holiday retail sales were up 5.1% this year over last, and the highest in many years.  Hardly the sign of an economy in crisis.  More people have jobs than ever before, and (finally) real personal income is increasing.  People seem to be ignoring the chaos both in Wall Street and in Washington and going about their business.   That is good news for the economy and ultimately for markets (once investors get over this little tantrum).

Generally, our financial plans account for the possibility - in fact, the near certainty - of the occasional stock market downturn.  In the event that markets bounce back quickly, market gyrations such as this have few long term financial planning implications.   However, a quick recovery is by no means assured - so it is not a bad idea to take a fresh look at your financial plan at times like this, including a checkup on the risk level in your portfolio.   This is particularly true since this year has been particularly harsh for our more conservative investors, with bond funds under-performing on higher interest rates (at least until very recently) at the same time stock prices were tumbling.  So we encourage all our financial planning clients to contact us for a planning update early in the New Year - if only for reassurance that your retirement plans remain on track.