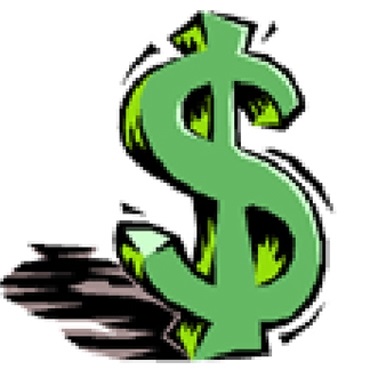 Markets and the Economy

2019 is almost over and, despite the equity markets experiencing a rocky start so far in December, it is likely going to go down in the books as an excellent year for investors.

As far as the economy, the so-called “Goldilocks scenario” is persistent.  That is, the economy continues to grow, but not fast enough to cause inflation to increase, or to cause interest rates to increase.  The consumer is driving the economy right now, thanks to a strong economy.   Interestingly, the personal savings rate continues to be very high at 8%.  In a way, this is a drag for the economy (saving instead of spending doesn’t translate into economic activity) – but it is also healthy in that it shows that the consumer as a whole isn’t stretched too thin, and has the ability to continue to drive the economy forward.

Trade issues continue to weigh on the global economy, particularly other parts of the world (Europe for instance) which are much more reliant on exports than the U.S.  The Chinese economy faces headwinds beyond the obvious US tariff pressure, as they try to restrain a debt bubble that has been growing dangerously large over the last decade.   Those global pressures have restrained growth and returns on international stock funds over the past couple of years.  Trade disputes and tariffs are believed to be the primary reason for a marked slowdown in business investment here in the U.S. as well, as uncertainty surrounding the trade environment makes It difficult for many businesses to plan for the future.

Looking back at November in the Markets.

Sounds like a broken record.  November was another strong month for investors.   Here are a few sample results from indices showing the last 3 month returns looking like annual return numbers!  Impressive.

Change of Market Leadership in the Air?

Large Growth stocks have outperformed less expensive value stocks and smaller company stocks by a large margin over the last few years.   We have considered this to be an anomaly (albeit a frustratingly persistent one for value oriented investors like me…), driven largely by the emergence of the internet / technology powerhouse firms such as Apple, Amazon, Facebook, and Google.  While some of these firms have been around now for decades, the past 10 years saw them finally emerge as mature, profitable companies, and stock prices soared.  It is these companies that powered the S&P 500’s remarkable performance relative to other markets over the past several years (see above chart)  But trees don’t grow to the sky, of course, and gravity is starting to exert its influence.  Over the past 3 months, we have seen small company and value stocks outperforming the larger growth stocks, as investors have started to question growth and profit outlooks for these mega tech firms. After several years of underperformance, we think that value stocks and small companies make much more attractive investments.

As a result of this market shift back toward favoring small and value stocks, our primary US stock funds (DFA US Core Equity 1 and DFA US Core Equity 2) have been outperforming their market indices over the past 3 months by .8% and 1.12% respectively.  We like these funds because they track to an index which favors small and value, which (despite the results of the most recent 3 years) tend to outperform large growth stocks over most long-term time periods.

International back on track?

International stocks have also started to perform better, outperforming US stocks in the most recent 3 month rally.  Again, after almost a decade of lagging behind their US peers, non-US stocks seem to be relative bargains, which is likely behind their recent performance advantage.  We are particularly happy with out holding in this space, DFA International Core Equity is up 16.75% in 2019.  The DFA fund has outperformed its benchmark index not only in the most recent 3 months (by 1.4%) and 1 year (by .5%), but even over the past 10 years by over 1%.

Bond funds had an incredible run in 2019, rising on the back of falling interest rates globally.  That has resulted in very strong returns for our more conservative investment strategies in 2019.  We expect a return to normalcy, with only modest returns from bonds over the coming year, as interest rates remain persistently low.

Interestingly, it was the lower risk bond funds that produced the highest returns over the last 12 months.  Our normally stodgy and defensive DFA Investment Grade Bond fund returned 11.67%, significantly outperforming its benchmark index, while the gutsier Pimco Income fund (which has excelled through the bond market doldrums of the last few years, returned “only” 7.51%.  Another example of “you never know who will be on top of the pack next year”.

Global bonds have been more of a disappointment, and exerted some drag on our portfolios as the fall in US interest rates drove US bonds higher, it did little to help international bonds.  But hey, when you diversify amongst many positions, something has to be the laggard.

We have been fond of preferred stocks over the last few years, and keep some money in real estate stocks as well.   Preferreds pay a high and relatively stable dividend, with more sharefholder protection than ordinary stocks.  Due to the extra safety and relatively secure dividends, preferreds tend to trade more like bonds, often ignoring the ups and downs of the rest of the market.  (that said, preferreds did suffer severe losses alongside other stocks in 2008, so they are not immune from turbulence).  Our two preferred stock holdings, Principle Preferred and Pimco Preferred and Capital are up 15.48% and 18.59% respectively in 2019, and both support dividend payouts in excess of 4%.

Real estate has also been on a tear.  Our primary real estate fund is DFA Global Real Estate, which returned 24.10% so far this year, near the top of its category and handily outpacing its benchmark index.

Investment and index returns quotes provide by Morningstar.com.  Past performance is not predictive of future results. Investments are not guaranteed.  Investments entail risk including loss of principle.