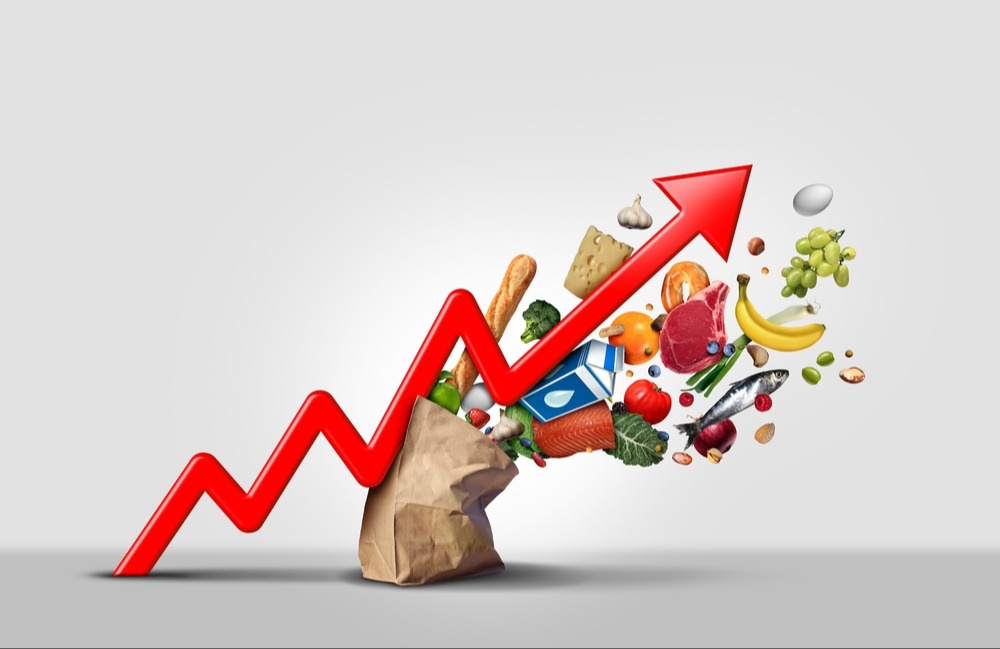 Not Out of the Woods Yet: The Current State of Inflation

Not Out of the Woods Yet!

Since the end of June, markets have been relatively positive on the anticipation that inflation is coming down and the Federal Reserve will be able to pull back from its policy of raising interest rates.

Today the message from the economic data is – Not So Fast! Inflation is not dead yet!

The Consumer Price Index measure of inflation today came in hotter than expected, and that matters a lot! The hot inflation numbers came as a bit of a surprise, and we know markets don’t like surprises. Both stock and bond markets fell sharply today, giving back much of their recent gain. The reason is simple. Higher than expected inflation translates into a) higher interest rates which will depress both stock and bond prices simultaneously and b) increased probability that a recession is the only way out of the inflation mess. At least in the short run, this means trouble for stocks and bonds.

Why is everyone surprised today that inflation is still raging? I think this is due (ironically) to recent falling gas prices. When prices for food, clothing, haircuts, cars, rent, taxes, and utilities go up you may feel the pinch, but it is hard to quantify. On the other hand, people every day see the price of gasoline plastered on signs all over the highway. It is somewhat natural, therefore, that we in our heads substitute the price of gas for the rate of inflation. So, people (and investment markets) saw the price of gas coming down, and maybe assumed that general price inflation is coming down as well.  But data out today indicate that this is not the case. Yes, gas and oil prices have come down (maybe only temporarily!) but prices of almost everything else are continuing to rise. With the Federal Reserve hell bent on stopping inflation, interest rates will have to be higher for longer.

DON’T UNDERESTIMATE INFLATION! Some might wonder why the Federal Reserve is being so aggressive in its inflation fight. Why have they come right out and said that they are willing to raise rates high enough to cause pain to the public? The reason is the lesson learned from the nations experience in the 1970s and early 1980’s in the so-called “Great Inflation”. During the run up of inflation from the 1960’s through the early 1980’s the economy experienced increasingly severe recessions, exacerbated by a continuing run up in prices. Inflation was sucking the life and prosperity out of the country, and government leaders were powerless to stop it. Wage and price controls were futile (you cannot overrule the law of supply and demand by fiat). “Whip Inflation Now” buttons were a laughable substitute for sound government policy. Ultimately it took an act of huge political courage by then Fed Chairman Paul Volker (with the underappreciated support of both Presidents Carter and Reagan) to raise interest rates as high as 20%. This policy cured the inflation problem and set us up for an unprecedented expansion in the economy and living standards – but at great expense. Unemployment soared, farmers and business owners went bankrupt, and many millions found themselves unemployed.

If the same policy were to be instituted today, the carnage would be even worse. Government debt is now so high that interest rates of 20% would result in unprecedented deficits for the government, and a spiraling debt burden. Businesses and individuals likewise, accustomed to low interest rates, would suffer incredible pain. Yet, if inflation were to again become as embedded in the economy as it did in the 1970s, there would be no alternative. A seventies style inflation would be especially harmful to the retired or soon to retire who make up the majority of my client base – so the issue is an important one to me! Fortunately, and in marked contrast to the early days of the Great Inflation, today’s Fed realizes that it must act decisively and strongly to kill inflation quickly regardless of the collateral damage it may inflict.

Although the Federal Reserve understands the risk of inflation and seems committed to fighting it at any cost, our politicians do not seem to get it. The Fed understands that there may be no way to tame inflation without the pain of a recession to tame demand – but our elected representatives are now expected by the public to eliminate all such pain through handouts. If the politicians decide to counteract the Fed’s inflation fighting by spending, borrowing, and printing money faster than the Fed tries to mop it up, hold onto your wallets, because I suspect the spenders in Washington will win this battle!

Now that is a gloomy assessment of current affairs – so what to do as investors?

Well, it is important to realize that the worst part of an inflation and higher interest rate environment is the transition from low rates to higher rates. Once rates approach their peak (and inflation begins to break), the pain (at least for bond investors) is over. At that point, they can enjoy the fruits of higher interest rates (through increased bond yields and bond fund dividends). But no one knows how high bond rates will ultimately have to go. I warned early in the year that this market cycle would be longer lived than recent very short bear markets of 2018 and 2020 – but I can’t predict when the bottom will come. The market thought we were almost there…then today's data indicated there is still more work to do. As always, and I must sound like a broken record, there is not much you can do but to hang on and wait!

Across all our portfolio strategies, we have been positioned very conservatively all year. While almost everything is down, there are a few investments we have held that have performed OK this year. Some of the fee only annuity products we have been using lately have at least maintained value as higher rates and higher volatility are constructive to those products. Trend following strategies such as the Pimco Trends Managed Futures Strategy (PQTIX) have had a rather good year.  And dividend paying / value stocks which we have favored have generally performed much better than the overall market. As a result, my clients’ portfolios are all down this year – but almost all have outperformed stock markets, bond markets, and their comparable benchmarks by a pretty comfortable margin. I have not relented on that conservative positioning in recent months despite the market’s apparent recent optimism. Today’s negative market movement explains why. We’re just not out of the woods yet!