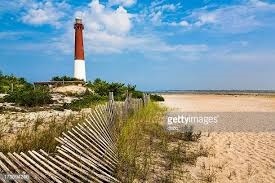 But sound financial planning is necessary to avoid the income trap!

It seems everyone wants to leave New Jersey as soon as they retire.  However, retirees may want to look closer before they leap out of state to a less expensive location.

State lawmakers have taken notice of the flight of wealth.  The number of well-to-do seniors who are abandoning the state (and taking their money with them) is accelerating as baby boomers retire.  In response, the state government passed a new income tax provision which is extremely favorable to middle income retirees.  In fact, the new income tax regime has made such a difference that I no longer find New Jersey listed on the “10 Worst Places to Retire” lists.

The key benefit to retirees is that they will now be able to exclude much more of their retirement income from New Jersey income tax.  In the past, only Social Security payments were excluded.  Now, however, pensions and retirement account distributions can be excluded from income as well.  Up to $60,000 can be excluded for 2018, rising to a full $100,000 by 2020.  Essentially, many retirees in New Jersey will pay ZERO INCOME TAX under this new program.

The law does have a great big potential hurdle.  The exclusion is only available to those with NEW JERSEY TAXABLE INCOME OF $100,000 OR LESS.  (New Jersey taxable income does NOT include Social Security income, but does include all other sources of income: wages, pensions, retirement plans, interest and dividends, etc.).   If you go even $.01 over the $100,000 income limitation, you will owe NJ income tax on ALL of your income (except Social Security) – not just the income over $100,000.  This is a terribly written piece of legislation.

What the Income Trap Means.

Let’s explain that again – because its important.

Clearly managing retirement income is going to be very important under this new tax regime.  Obviously, you don’t want your income (excluding Social Security) to exceed $100,000 if at all possible.  Some folks may not have a choice – you aren’t going to refuse pension income just because you might have to pay tax!  But retirement income is often flexible.

The New Jersey retirement income exclusion law is going to have a huge impact on financial plans in the coming years.  It can impact everything from Social Security claiming strategies, to Roth conversion strategies, to pension claiming decisions, even the creative use of a reverse mortgage!

We will be trying to identify which of our investment management clients may be getting near the edge of the $100,000 cliff over the next month or so, and identifying what, if anything, can still be done to keep income below that important threshold.  Even more important – what can be done over the next 2 years, as the exemption increases in value.   If you are concerned about your own situation – give us a call so we can review with you in person.

How this impacts the relocation decision.

When clients tell me they want to leave New Jersey, the number one reason given is taxes.  Obviously property taxes are still extremely high in New Jersey, and our state is in rather desperate financial shape.  The government seems intent on taxing anything that moves – as well it must if it is going to avoid insolvency.  But with the retirement tax exclusion New Jersey seniors will be paying less income tax in the future than residents of most other states – which can take some of the sting out of high property taxes.  As a result, for many seniors life in New Jersey isn’t nearly as taxing as it is for those of us who are still working.

Of course, our weather won’t get any warmer – so if sunny skies and balmy temperatures are your goal, this tax benefit will hardly change your mind.  But we have good and widely available doctors and medical facilities, entertainment, recreation, and climate isn’t that bad.   All of these non-financial considerations matter.  I have had two clients recently relocate to Florida – one tells me finding a doctor who takes new patients is nearly impossible – the other is ready to move back after spending their first summer in oppressive heat.  Actually, I kind of like it here, but I am jealous of those of you getting the retirement income exclusion!