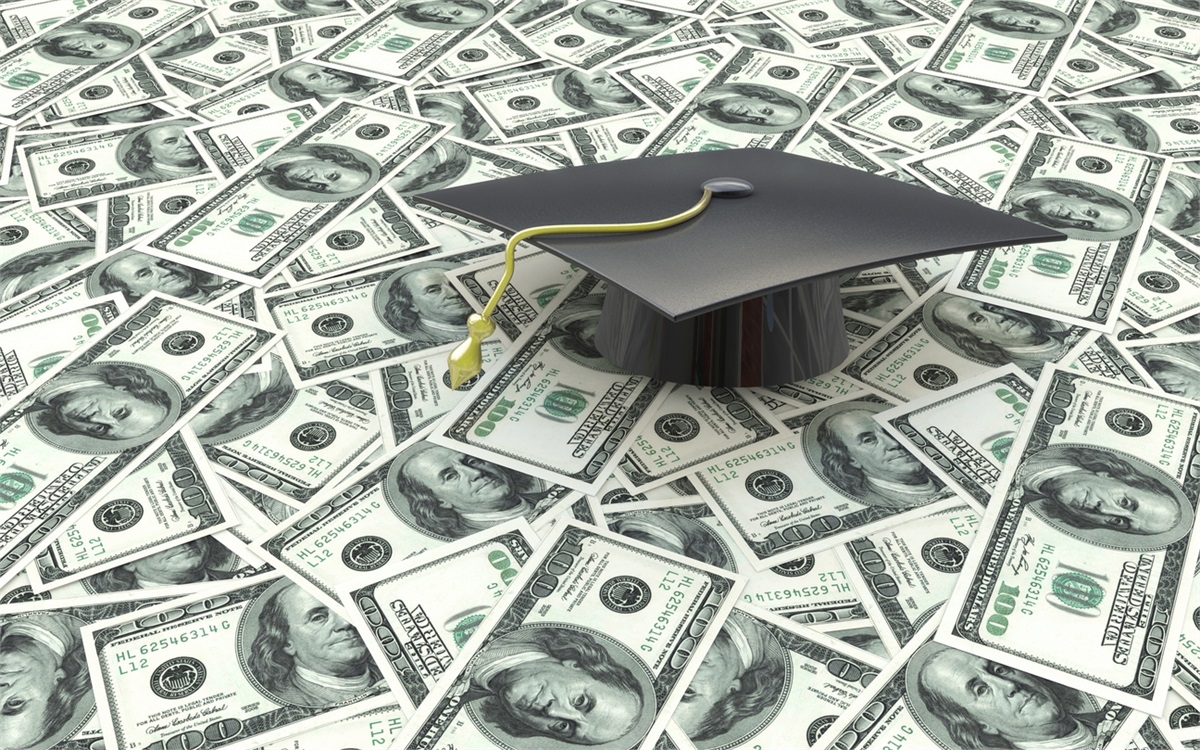 Is the Student Loan System Beyond Repair?

Interestingly, Dr. Johnson also praises the current Education Secretary for her commitment to education and students - even though they have opposing views on the political hot button topic of loan forgiveness.  Those of you who have followed my postings for a while know that student loans are a pet peeve of mine, so I hope you pardon a little rant on the topic. This is also one of the few areas where I allow myself to wander into the potentially precarious area of political commentary, because I do feel it is of such importance.  As a financial planner, I have to deal with the fallout from this chaotic and complex system all too often, and the result all to often is financial carnage for both parents and their kids.

I agree with Dr Johson's premise that the system is broken.  As the road to hell is paved with good intentions, so too is the road to a broken, hideously complicated system which serves neither the government, the students, or parents.  About the only ones who benefit are colleges, who giddily feed at the trough of government guaranteed funds, encouraging students with no financial experience to borrow far beyond their means to repay so that schools can build fancy new gyms, dorms, and student center facilities.

The government puts almost no effective limit on loans the kids can borrow for graduate school - which encourages kids to stay in school longer even as they rack up astronomical sums of debt.  The government then put deferment programs in place, so that students who don't find employment can put off repayment (even as loan balances balloon with recapitalized unpaid interest).  Can't repay?  Well, the government says that they will base payments on your income.  But you need to choose which of 5 different repayment programs you want to participate in - all different in important (but not obvious) ways - choose the wrong one and you need to start over if you switch!.  And that loan forgiveness that your roommate told you about (and maybe even the financial aid officer)?  Well, it might happen...if you do absolutely everything right, have the right "kind" of job, make every payment on time for anywhere from 10 to 25 years, and then (depending on where you work!) you might or might not find out that the IRS will hit you with a tax bill for the entire forgiven amount, shifting your debt from one government entity to another.  In short, many student loan borrowers will find they are in debt for the rest of their working lives!  Or maybe you just bide your time and hope a future President Warren or Sanders will wave a magic wand and make your loans go away.

So the system IS broken, and does not serve many young people well.  But those (including Dr Johnson) who propose that the government simply make the loans go away raise a few very sticky questions of fairness if you really think deeply about it.  Forgiveness would penalize the student and his / her parents who skimped and saved to pay for college without loans.  Will you refund the money they paid for their education too?  It is after all the same thing - you are making school free, retroactively, for students who borrowed the money to go.  What about the student who chose not to go to school and chose a less lucrative career - now you say oh, by the way, you could have gone for free if you hadn't been so fiscally responsible?  Or the student who paid off his loan early by skimping and saving and making extra principle payments - will you reimburse him for his diligence and financial responsibility?

What of the kid who skimped and saved to go to community college, and a state school, living at home with his/her parents - is it fair that the government forgive loans of his or her peer who lived on campus for two years, drank every night and flunked out - is that fair?  And if you repay outstanding balances today, what are you going to do about loans of students who are currently in college and still borrowing stupid amounts of money?  Will you forgive those too?  When will it end?

These are sticky details which politicians gloss over when they are bidding for votes.  It is good that they are calling attention to the problem, which is real - but simplistic promises to solve a complex problem by handing out money does not foster productive debate and real solutions that will actually solve this problem.  My suggestion is that before they start forgiving past loans, they need to fix the real problem which is that we are lending kids too much money in the first place.  Solving that problem requires hard work and decisions politicians just like to avoid.

Here is what I see needs to be done to rationalize a completely irrational system:

1. Treat everyone equally and simplify:  One income based repayment system and one loan forgiveness program for everyone.  Right now there are five different programs which give much better terms to borrowers who work for the government or non profits than those who work in the private sector regardless of income. Figuring it out requires its own advanced degree.

2. Eliminate unlimited loans for grad school.  Most of the large debt loads come from grad school. To facilitate this, eliminate laws that require advanced degrees except in those relatively rare fields like medicine where post graduate work is really required.  Replace degree requirements with certification programs which allow smart folks with bachelors degrees to prove knowledge and competence (i.e. like a CFP certification program) without turning over a small fortune to a university.

3. Put a reasonable cap on undergraduate loans.  We should make sure everyone can get an education - but not necessarily the "college experience" aka dorm life and frat parties.  Loans from the government should be capped - not as they are now, but at the cost of tuition excluding room and board for two years of community college and 2 years at your state university.  That assures everyone can get a college degree without borrowing more money than they can hope to repay.  Nearly every graduate could afford to repay loans within these limits without the need for special repayment programs.

4. Allow bankruptcy discharge.  Detractors say this will limit borrowing in the private student loan market.  That is exactly why I propose it.  These loans need to be underwritten so that kids can't borrow stupid amounts of money they can never repay.  Lenders will be much more careful who they lend to, for what degrees, if they know that they may be on the hook if the borrower defaults.

5. Make federal loans for graduate school contingent on expected income.  You need money to become a doctor, research scientist or other field with strong earning potential?  OK.  Do you want to borrow money far beyond any reasonable hope to repay to pursue a graduate degree in a low paying field of study?  No.  To loan that person money is not helping them, it is like tying an anchor around their neck and pushing them in the pool!   I suggest capping graduate loans at a total borrowing of no more than the average annual salary five years into the chosen career.

Is there any role for forgiveness?   I don't like the idea of complete forgiveness due to the fairness issue, but at the same time I recognize the governments complicity as lender in allowing and encouraging people to borrow well beyond their means to repay. Sort of how mortgage lenders were complicit in the debt bomb of the previous decade.  A revamped and simplified income based repayment program as proposed above should provide sufficient relief.  I don't see any reason (other than political vote buying) why the taxpayers should issue blanket forgiveness when most borrowers have modest and prudent loan balances which are are not causing distress.  And actually no forgiveness program makes sense until you stop the problem of excessive borrowing in the first place.

There!  I solved the student loan problem for the government, and for students (albeit maybe not the way they wanted it).  I realize I did not do much to make the higher education lobby happy.  But they've been too fat and happy for far too long - its time they figure out how to deliver education more efficiently.  And it's time taxpayers and students got some relief.

Know someone who needs help planning how to pay for college without incurring massive debt?  Or someone trying to figure out best way to pay back student loans?  Our financial coaching programs are perfectly suited for both pre-college planning as well as debt management issues (including complex student loan debt.