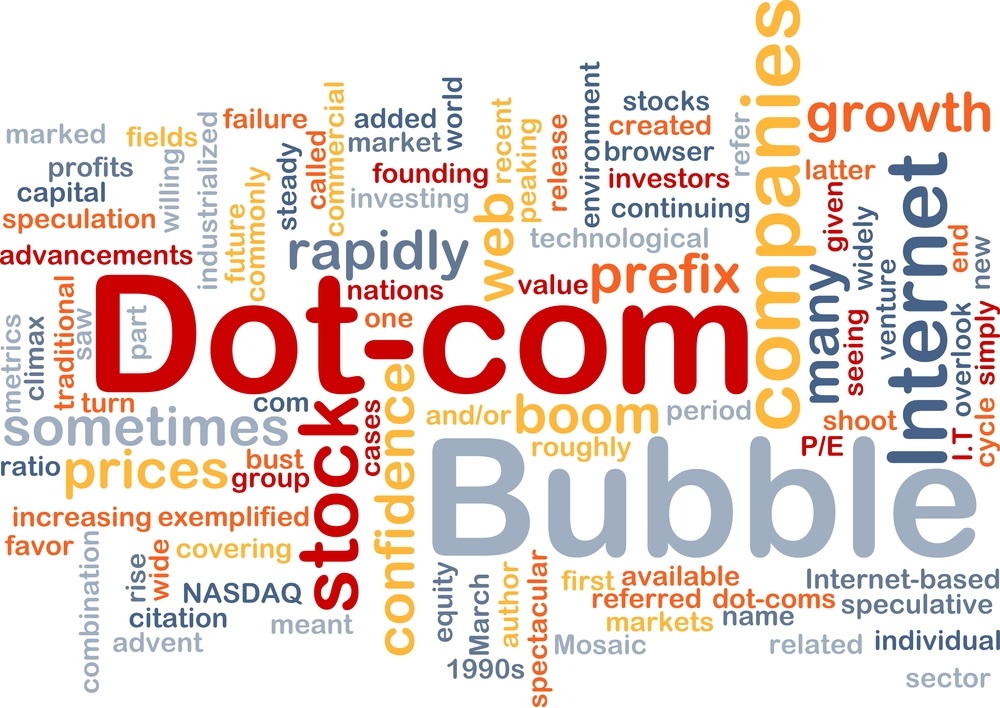 Will every generation need to learn about Bubbles the Hard Way?

My generation was just beginning to enter our peak investment years around the turn of the century.  We were entering our peak earning years, starting to save for retirement.  We had front row seats to observe the inflation and subsequent crash of the Great Internet Stock bubble.

Excitement was in the air.  Online trading was brand new, allowing millions direct access to the stock market for the first time ever.  Day trading became a “thing” and people started to quit their jobs to trade full time.  Cable “business” news programming fanned the flames of excitement.  All the talk was of the “new economy” being built on the back of the new internet technology.  Traditional stock investment disciplines were deemed passé, as in the “new economy” nothing mattered except “eyeballs”.  In other words, it didn’t matter how much profit a company earned, or even if it earned a profit at all.  All that mattered was that you had people visiting your website, or that your business model was in some way linked to the internet.  Startups soared in valuation as long as the name of the company started with the letter E.

The excitement spilled over into growth stocks and technology in general.  Meanwhile, “traditional old economy” stocks (which were foolishly focused on making money) just plodded along, earning completely boring returns of 6, 8, or 9 percent per year.  What fool would invest in such boredom?

Mind you, there was talk of bubbles.  Some commentators were incredulous, and would argue that this was unsustainable.  But the party roared on throughout the late 90s.

Then came 2000 and – for reasons too complex to mention here except to say that it is inevitable that a bubble eventually burst – the party came to an end.  9/11 added to the pain in 2001.  The stock market as a whole lost almost 50% of its value over a long three year bear market.  Almost all of the day traders had to go back to work.  Painful – but unlike the general collapse of 2008 the pain of stock losses in 2000 was not spread evenly.   And this is where today’s investor can perhaps do well to recall the lessons of the Internet Crash.

The pain inflicted on stocks during the 2000-2003 recession seemed directly proportional to the degree to which the valuations of those stocks had soared during the bubble.  The “e-whatever” wishful thinking stocks were pretty much obliterated.  Investors who had invested heavily in the internet craze were wiped out.  Of course a few survived and thrived – but predicting at the time that startup online bookseller Amazon would be the dominant retailer in the nation in 2020 while AOL would basically be defunct would have been virtually impossible!

As an aside, it is interesting to observe that the theme “the internet is going to be huge” which drove the market frenzy of the 90s was obviously not wrong.  But investors needed to learn – the hard way - that this fact did not make all internet stocks a good investment.  I hear variations of this theme all the time “people will always need health care” doesn’t mean all health care stocks are a good investment.  “Marijuana stocks will soar because of legalization” sounds a whole lot like investing in E-crazy or i-Hype in 1999.

A LESSON FOR TODAY? What many people forget is that even as internet stocks went bust, and other high flying growth and tech stocks were clobbered, those long out of favor “value” stocks and small company stocks that no one wanted during the late nineties pretty much sailed through the 2000-2003 recession with minimal loss or pain.  Never having been a part of the “bubble” – they were virtually immune to the effects of the implosion.

As I look at the stock market today, I can see parallels.   In the pandemic, day trading is again a “thing” after decades of dormancy - particularly among those who are not old enough to remember what happened in 2000.  Companies like Tesla (which has never earned a profit from selling cars) have soared to unheard of valuation levels based largely on hype and hope of smaller and younger investors.  Technology stocks in general have been soaring in value despite growing risks and uncertainties.  For the most part, we have not reached 1999 levels of stupid (but in the case of some tech stocks, it is getting close!)  On the plus side, these valuation extremes are the exception rather than the rule.  And at least some of these companies earn actual profits and have genuine business models – but prices of many stocks in tech are getting really hard to justify.  Meanwhile, stocks of smaller companies and those of companies which “just make money doing boring stuff” have been lagging behind, not just during the pandemic, but for several years now.

Those of us who ARE old enough to remember 2000 should recall the lyrics of the Who’s Baba O’Reilly “We won’t get fooled again!”  Investors would do well to remain well diversified, be wary of hype, look at value, dividend, and small cap stocks as areas of opportunity rather than as market laggards, and remember that valuation and profits not only still matter – they are ultimately all that matters.