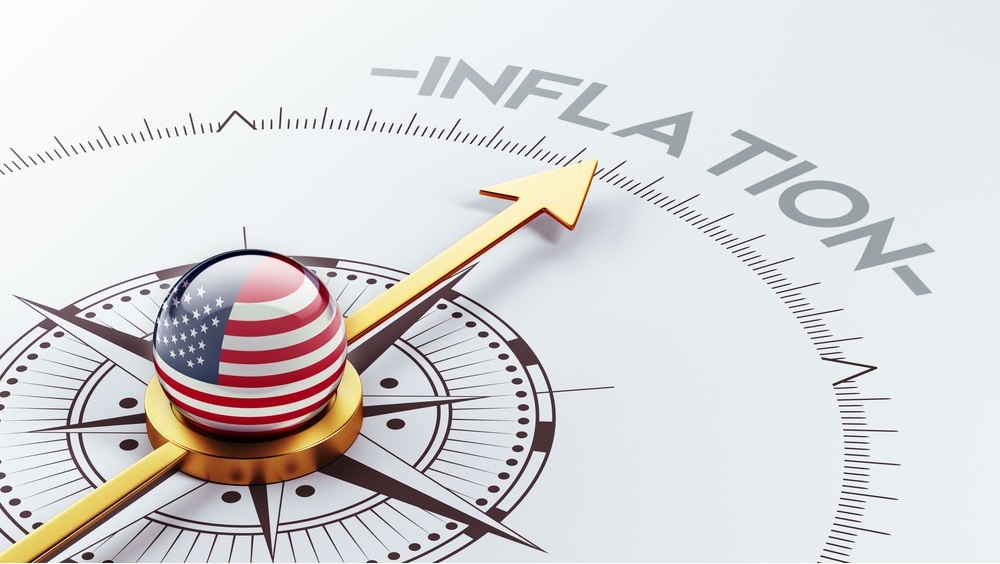 Interest Rates Back in Focus.

Markets Start to Worry Again about Inflation and Interest Rates

Interest rates are extremely important to the stock market, and are an important economic indicator as well.  When interest rates go down, everyone is happy.  Companies can borrow cheaply.  The government can spend lots of money it doesn’t have, and stocks tend to go up.   The only people who aren’t happy are conservative savers and insurance companies.

In late 2018 the market had a terrible final quarter of the year due almost entirely to fears that the economy was overheating and interest rates were sure to rise.  Stocks fell nearly 20% from October through Christmas largely due to fears of higher interest rates.  That fear was overblown at the time, but it is coming back.  Stocks were down sharply today on fears that interest rates will keep rising.

And indeed, after being driven down to record low levels by the Federal Reserve, rates are heading back up again.  It’s not that the government wants it to happen.  The Fed has stated its policy is to keep rates low “until the economy has recovered”.  The problem for the Fed is that they don’t actually control most interest rates.  They can only control the very short term rates on money they loan to the banks.  All other interest rates are controlled by the market.  And the market lately doesn’t like what its seeing.

Remember that bond prices move in the opposite direction of rates, so an increase in rates means a drop in bond prices.  The Vanguard Total Bond Index ETF is down 3.24% already this year.  That may not seem big in terms of what we are used to seeing in stock price swings but consider that the fund only has an interest yield of 2.23%.  Investors need 18 months of interest payments just to break back to even!

These rates are not high enough at this point to damage to the economy, but markets are worried where this will lead.  Even as the economy is poised to recover strongly as we exit the pandemic, the government is pouring unprecedented levels of spending into the economy.  That stimulus is being added to the huge stockpiles of cash people have saved while cooped up in their homes.  All of this money, it is feared, will be let loose on the economy like a coiled spring suddenly let loose, causing the economy to overheat.  If that happens, the Fed will be forced to push rates higher to fight inflation.  If it gets really out of control – you know what comes next if you are over 60 years old and remember the late 1970s. No economist is predicting that outcome at this point, but economists are pitifully bad at predicting outcomes, and the market knows it.

So what makes interest rates go up?  Fear of future inflation is one driver.  To fight inflation in the late 70s the Fed had to push interest rates up so high that mortgage rates were briefly as high as 18%.  The driver of rates is simple supply and demand.  The government will be spending TRILLIONS of dollars it does not have.  That money will have to either be printed (inflationary, bad for interest rates) or borrowed.  Borrowing it means a huge surge in supply of government bonds.  To sell all those bonds, interest rates will need to be increased to attract investors.  Or so the market fears.

I think the market is particularly worried because they see what appears to be an ongoing breakdown in fiscal discipline by Washington.  The last administration cut taxes far below the level needed to support government spending, and seemed to worry little about the increasing debt.  This administration is spending beyond their likely ability or willingness to raise taxes to support the spending.  Is there anyone in Congress who is capable of 5th grade math?  Some of those advocating the spending will say it is ok, because with rates so low the government can afford to spend.  But these rates are not fixed, as we are starting to see.  This trend toward higher rates is something our leaders should be watching carefully.

How to invest in the face of higher interest rates?  We have increased our position lately in inflation protected bonds, which performed well last year as the market started to anticipate a pickup in inflation.  So far this year, however, the market isn’t rewarding the inflation bet. It seems investors are more worried about the supply side of the bond pricing problem, than the inflation side.  That may change.   Some sectors of the bond market are doing better than others. International bonds, for instance, are not driven by the same concerns as US bonds.  Mortgage bonds (a specialty of our favorite Pimco Income fund) may actually do better when rates rise.  Shorter term bonds also tend to hold up better than longer term bonds, since they can more quickly be reinvested at the new higher rates. Our fixed income positions are well diversified, and in the long run, we are hopeful that higher rates will be a benefit to savers.

We have been making greater use of annuities with some clients.  Annuities have greater appeal than bonds when rates are moving up because they can actually benefit from rising rates.  The low cost no load annuities on the market today offer interesting diversification opportunities.  We have been using them as a supplement to bond allocations in some client portfolios.

Stocks are a question mark (but aren’t they always?).  Companies stand to profit from an expected explosion of growth and spending as we exit the pandemic, but if interest rates soar, that will dampen investor enthusiasm.  As usual, we suggest maintaining allocations because…well…it’s just impossible to predict the timing of any ups and downs.  Over the long run, as always, the investor who stays the course and maintains his allocations is rewarded.