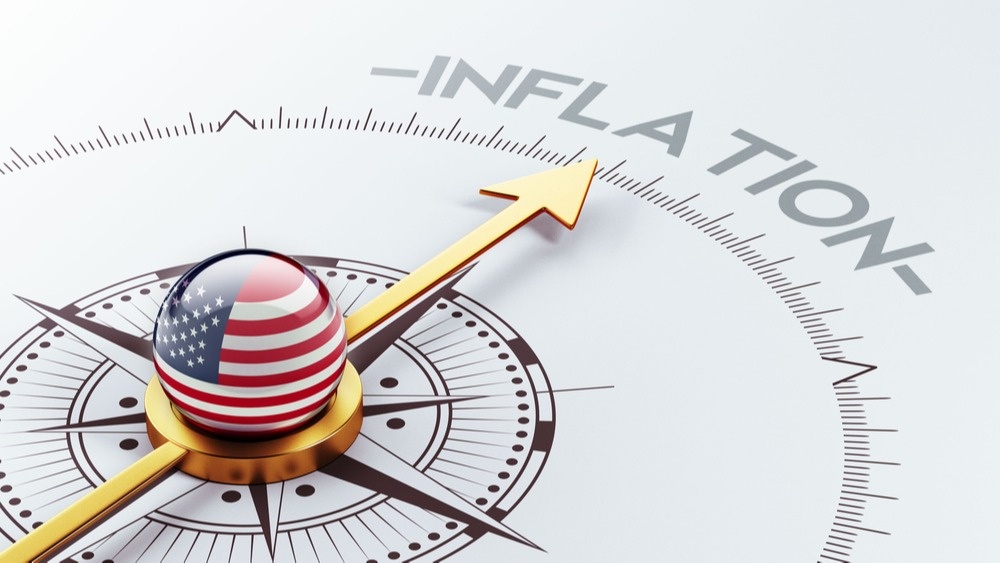 For years voices have screamed about inflation.  During the financial crisis, when the Fed started its “Quantitative Easing” process, skeptics said it would fuel inflation.  It didn’t happen.  In 2018 market worries about inflation and higher interest rates caused the market to sell off sharply.  Stocks lost 20% in 3 months.  The few remaining voices in Washington who actually preach fiscal discipline have incessantly warned that too much deficit spending would lead to higher interest rates and inflation.   Increasingly, the so called “inflation hawks” were dismissed as the proverbial “boy crying wolf”. I admit from time to time being one of those voices.

Now it seems that the voices of concern weren’t altogether wrong, except on the matter of timing.  That is often the case when forecasting outcomes in markets and economics.

Taking the politics out of it, what actually causes inflation?  Quite simply, inflation is what happens when the demand for goods and services exceeds the economy’s ability to provide those goods and services.   If you are a company selling widgets, and customers are demanding more widgets than you can make, you will raise the price of widgets until the excess demand goes away.  It’s not “price gouging by evil corporations”, it is an automatic rationing system.  The limited supply of available widgets will  go to those who need them most, while a certain number of people will find something else to do with their money while incentivizing the supplier to increase production of widgets that are suddenly in short supply.

In the longer run, you may decide that you are making so much profit now on your widgets, you will build a new plant to expand capacity.  Oh, and maybe some competitors will  get jealous of your profits, and they will start to make some “knock off” widgets.  Eventually supply of widgets goes up until the price levels off.   If supply becomes greater than demand, then you may have to reduce prices in order to sell all the widgets you are making.  This is the supply and demand balancing act that automatically makes sure we have just enough food and toilet paper on the grocery shelves.  But balancing supply and demand can get messy from time to time.

Suppose now that you aren’t the only company who is experiencing an excess of demand.  Suppose everyone is having the same problem at once.  Now you find that your suppliers are raising their prices as well.   As fast as you can raise your prices, your profits are being eaten up by the increasing cost of materials.   Oh, and now you find that the demand for employees has gone up too – and you can’t find enough qualified widget makers to increase your production.  The employees you do have are demanding more money because the guy down the street made them a better offer, and hey…the cost of living is going up.  Now you are finding you need to increase your prices not just because you have a shortage of widgets, but just to cover your own increasing costs.

This can lead to an inflationary spiral that may continue until demand finally caves due to rising costs of everything.  People just stop buying so much because they can’t afford to.   But the pain of inflation falls unevenly.  Workers whose wages are going up will not suffer so much so long as wages keep increasing.  Instead, the pain falls on those who are on fixed pensions or other income sources that are not adjusted for inflation.

So how did we get here in the first place?  There are several causes:

How does it come to an end?

This is the really difficult and messy part.  Simplistic solutions (usually offered by politicians) rarely solve highly complex problems.  You can’t just “ban” price increases by edict.  To so leaves demand artificially high while eliminating the incentive for companies to increase production in response.  Classic example of the failure of price controls was the gas shortages of the 1970s.

The federal reserve is belatedly coming around to the fact that this is an actual problem.  But the tools they have to deal with inflation are kind of blunt, while the task at hand requires great precision.  The idea is that if you raise interest rates and pull some money out of the economy (by not buying up government bonds anymore, and by raising interest rates) that people and companies will buy less stuff, and demand will slow enough that prices will stop escalating.  The problem is that no one knows how much “tightening” is enough.  Raise rates too high too fast and asset prices may plummet, demand will fall off a cliff, and we will enter a recession.  Move too slowly and inflation can accelerate and require a massive interest rate hit (this is what happened in the 1980s.

Making things even harder, there is a delayed response from when the government taps the brakes to when the economy responds.  They may raise rates this month, see nothing happens, then raise rates again, nothing happens, raise a 3rd time – then Wham and Oops!   You can get back into the old fashioned economic cycle of expansion followed by recession that used to be almost taken for granted as a fact of life.  It is only the last 10 – 12 years that we have seen this low inflation, steady low growth environment.

There is also the fact that at least the fourth cause above (shifts in spending) are likely to revert to normal as the pandemic eases.  Excess demand for goods will ease as people go back to spending on travel and services.  Likewise, it is unlikely that the government will be sending out free money to every citizen again anytime soon (so the government spending contributor is reduced).  So the fed has to figure out just how much they actually need to tighten the money supply / interest rate contributor to inflation.  And while they are some of the smartest economic minds in the world – they still don’t really know what they are doing.  (no one does!)

I am somewhat hopeful that, this time around, things may get better without tipping into another crisis.  As noted, at least some of the contributors of today’s inflation should take care of themselves, and the Fed is finally starting to get serious about mopping up some of the mess they’ve made over the past 12 years.  Higher interest rates are actually not all that unwelcome, anyway.  If inflation pulls back while interest rates settle at a more normal level, maybe savers will be able to make a little money on interest once again.

Markets seem to agree with me, at least for now.  Stocks are down somewhat on the higher inflation and higher interest rate expectations, but also seem somewhat resilient in the face of 7.5% inflation.  That suggests that the expectation inflation will be tamed and that rates will perhaps rise to something “normal and easily tolerable” rather than going straight to the moon.