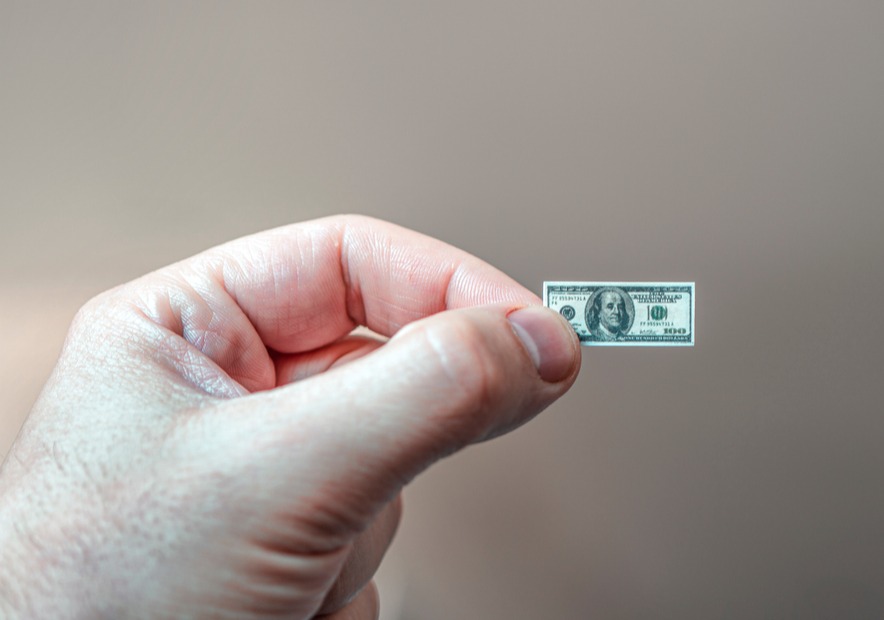 Inflation and Your Financial Plan

﻿Why inflation is more concerning to a financial planner than stock market crashes.

The Federal Reserve has belatedly declared war on inflation.  It is a war that I hope they will win.   Even if the price is a recession and economic pain, inflation must be tamed.  As we learned in the 1970s, gimmicks don’t work.  Back then “Win” buttons (“Whip Inflation Now”) and wage and price controls were all tried and all failed, before the Federal Reserve finally got tough.  Economists knew that the harsh medicine of economic tightening through higher interest rates was needed, but politicians didn’t want to take that medicine, and pressured the Fed to keep rates low.  Delayed action resulted in inflation that had become so engrained in the economy that it took interest rates as high as 18% and a long recession to finally slow down the overheated economy.  That finally set the stage for a generation of low inflation economic growth which lasted until, well, now!

It is good to see that, although they are a little late to the party, the Fed is taking the problem seriously.  And unlike the 1970’s, it seems (for now at least) that politicians on both sides of the aisle are supportive of a tougher Fed policy.  We’ll see how they feel as mortgage rates move north of 6%.  And frankly, the politicians from both parties need to do their part and stop stimulating the economy with tax cuts and deficit spending.  It makes the Fed’s already difficult job quite impossible if they try to put out the fire from one end, while the politicians throw fuel on it from the other side.

The reason it is so important that inflation be tamed is that it quite simply is a retirement plan killer.  I have for years performed “stress tests” on financial plans to show clients that it isn’t the stock market they should be most worried about, it is inflation.  It’s a math thing.  If inflation persists year after year in retirement, the resulting compound increase in spending needs can outstrip the ability of your retirement investment accounts to keep up.  Inflation is especially difficult for those who rely on fixed pensions for most of their retirement income.  Investors can at least hope that investment growth and rising dividends and interest rates will increase their retirement income in the future.

And then there is the conundrum of investing in an inflationary environment – something that can keep any investment advisor up at night.  Rising interest rates have been hammering bond funds, which have had their worst year since the 1970s.  So, should we invest in stocks instead?  Stocks tend to be more resilient when it comes to inflation, since companies can pass on cost increases to maintain their profits.  But on the other hand, if rate increases tip the economy into a recession, then stocks will fall on deteriorating economic prospects (and bonds will then rally!).  Sometimes – and we have been experiencing this recently – interest rate fears can cause both stocks and bonds to  sell off at the same time.  So-called inflation hedges like gold, commodities, and TIPS (Treasury Inflation Protected Securities) are all imperfect and have their own risks.  Sit in cash?  Well, that doesn’t seem very attractive either when a dollar in cash today is worth 92 cents a year from now (at the recent near 8% inflation rate).  We have been doing our best to be defensive on both the stock and bond side of the ledger and are the most part pleased with our client portfolio performance in what is a very difficult market.

Investing of course, is all about setting you up for long term resilience in the face of inflation.  But in the meantime, you need to learn to live with it!   So here are a few inflation beating tips:

Gas, fuel, and electricity costs are leading the inflation charge.  Be cognizant of your energy usage.  Combine trips where possible.  If you have two cars, use the more fuel efficient of the two whenever possible.  Don’t leave your car idle when parked.  Open the windows and turn off the A/C unless it gets oppressively hot.  Set the thermostat higher in the summer and colder in the winter.  Seal off rooms you don’t use.   I don’t have central air in my 150 year old house.  As a result, I use window units which are only on when I am using the room.  Why do I need an ice-cold bedroom at 2 in the afternoon? And why should I pay to cool an empty guest room?  My electric bills are puny in the summer compared to similar homeowners with central air – yet I am always comfortable!

Food.  Again, be cognizant of costs.  Not all food prices are increasing at the same rate.  Change eating habits to incorporate several “budget meals” each week.  Eat out less often.  Eat at BYOB joints to save on the bar tab.  Have dessert at home.

Become a budget Nazi.  Most people seem to just buy what they buy based on habit.  Be intentional about your spending.  My wife and I use the budget app “Everydollar”.  Our experience was that our spending decreased significantly in the months after we started maintaining a detailed budget.  Some of my clients report a similar experience.  I am always more than happy to show people the process and get them started.