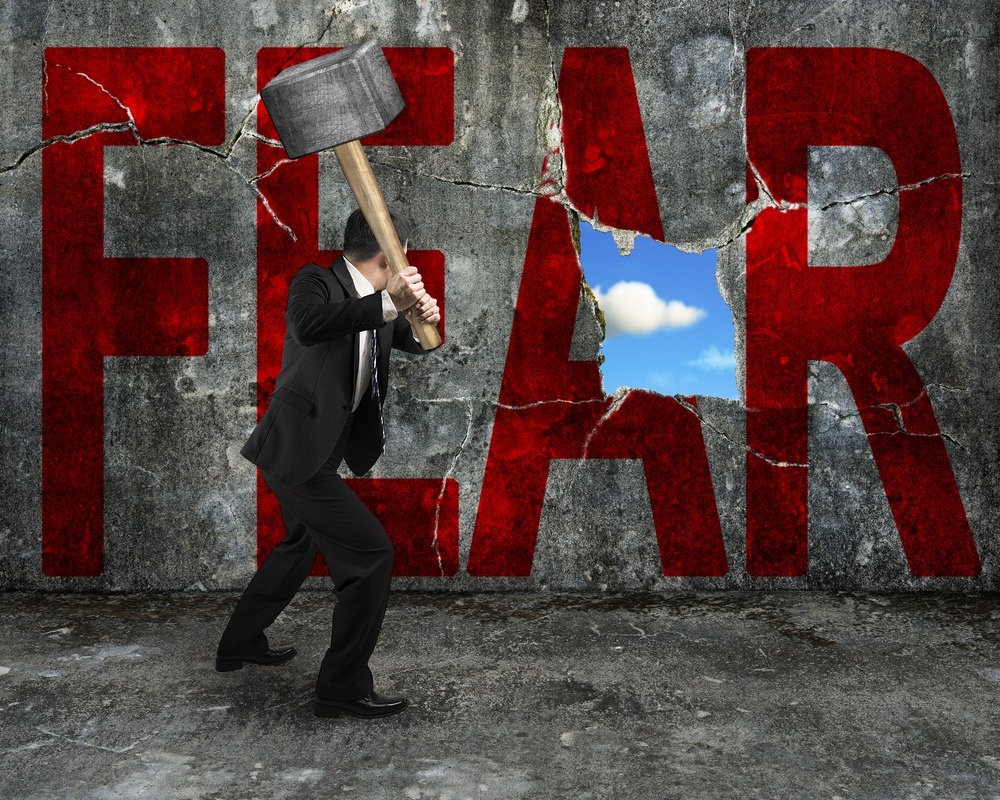 Here we Go Again...Fear and Investing

Those of us who have been around the investment world for a while know this drill.  Crisis surfaces.  At first investors are calm.  "Buy and hold, we know, that's the right thing to do".

But news reports get more and more gloomy.  Bad news sells airtime and advertising after all - and people are glued to their screens during a crisis.  The constant drumbeat of negative news (even when it is justified) eventually gets people antsy.  "Shouldn't we DO something?  What about my retirement?  I can't afford to lose everything!"  This seems to be the moment we once again find ourselves.

It is at this point that people start to cave in to their fears.  They abandon their investment discipline and "go to cash".  The selling drives prices down, incurring more selling, which leads to even more dire news reports.

Then one day, something changes.  Maybe (as in the 2008 financial crisis) there is no one left in the markets except dedicated long term investors.  Maybe, as with Covid, there is a sort of sudden shift in perspective that overtakes the markets (hey, this isn't going to last forever, you know!).  Maybe the facts on the ground start to appear just a little less dire.  Or maybe a piece of unexpected optimistic news is well received.  And all of a sudden, the market turns and starts to rise.

So, one might think - why not sell at the first sign of fear, and then buy back in when the news gets better?  Well, because it is impossible to see these shifts in real time.  Sure, if we know that Lehman Brothers would collapse and the ripple effects would drive the economy into recession, we could have sold stocks in 2008 and avoided the pain of the downturn.  But at the time, a deep crisis and recession seemed far from inevitable.  But of all those who did act on their predictions, how many would have been brave enough or prescient enough to reinvest all of their cash in March of 2009 when the economy was still in a shambles?   This is when the market started its longest bull run in history, a runup that started well BEFORE there was even a shred of good economic news indicating it was safe to get back in the water.

Another problem with market timing is that recoveries in markets tend to happen so fast that "blink and you'll miss it".  From March to June of 2009 coming out of the Great Recession, the stock market gained some 20% in just 3 months.   During this time, the news flow was still extremely negative.  Many were predicting a "double dip recession".  Those who had "gone to cash" waited in vain for a buying opportunity that never came.

Recovery from the Covid scare was even faster.  The stock market had lost some 35% of its value in a matter of weeks as world economies shut down.  But then, even in the absence of any objectively good news, the market turned and was up 20% in a matter of just a few days.  Those who "went to cash" were unable to respond and found that they had permanently "locked in" their losses.  This even as the pandemic raged on and there was no sign yet of the vaccines or treatments that would eventually tame the disease.  There is no way to predict such a shift of momentum from "world is ending" to "off to the races" in a matter of days.

I recently had a client come in for a financial plan who admitted to doing just this.  He had sold many of his stock holdings in the spring of 2020 during the COVID crash - and had never put the money back into stocks.  I computed the cost of his error at $700,000 which would have made the difference between a "barely adequate" retirement plan and a "very secure" retirement plan.  His fear of loss demanded that he "do something" when faced with the crisis.  But in the end "doing nothing" would have made him $700,000 wealthier.

Indeed, in times of crisis, "Don't Do Something, Just Stand There!" is usually the best advice.  But admittedly it is not always easy to follow - especially for those who are frequent news listeners. Sowing panic is what news programs do best - especially financial news people!   Still, in every bear market, successful investors are those who do NOT make rash and emotional decisions and simply hang on until events play themselves out.  That takes patience. It takes discipline.  While the covid panic was over in a matter of months, this is rarely the case.  The financial crisis took 2-3 years, the internet bubble burst took almost 3 years of negative market returns to play out.  But nonetheless, the maxim has proven itself correct.   The most successful investors aren't those who correctly predict the future.  The most successful investors are those who can ignore the negative news and crises of the day and stick to their investment discipline.

This is not to say that investing is all about "doing nothing".  It simply means that the time to act is before the crisis hits.  Choosing an appropriate asset allocation is something best done as part of the financial planning process while things are calm.   Are you young, and still investing new money for the future?  Then regardless of the ups and downs of the markets, stocks are likely the best avenue for long term growth.  Are you getting close to retirement and getting ready to start drawing down on your life savings - then you need to have a well diversified portfolio, designed to reduce the risk to a level that won't put your financial security in danger.  If you are feeling the panic and second guessing your own investment decisions, professional investment advice may help you stick to your guns. .

If you are wondering how today's events and market turmoil may be affecting your retirement or other goals, and if your asset allocation is still appropriate and suitable for your goals, please schedule an appointment so we can update your plan.  If you don't have a plan, let us create one for you.

You can schedule an appointment with me online now using the following links: