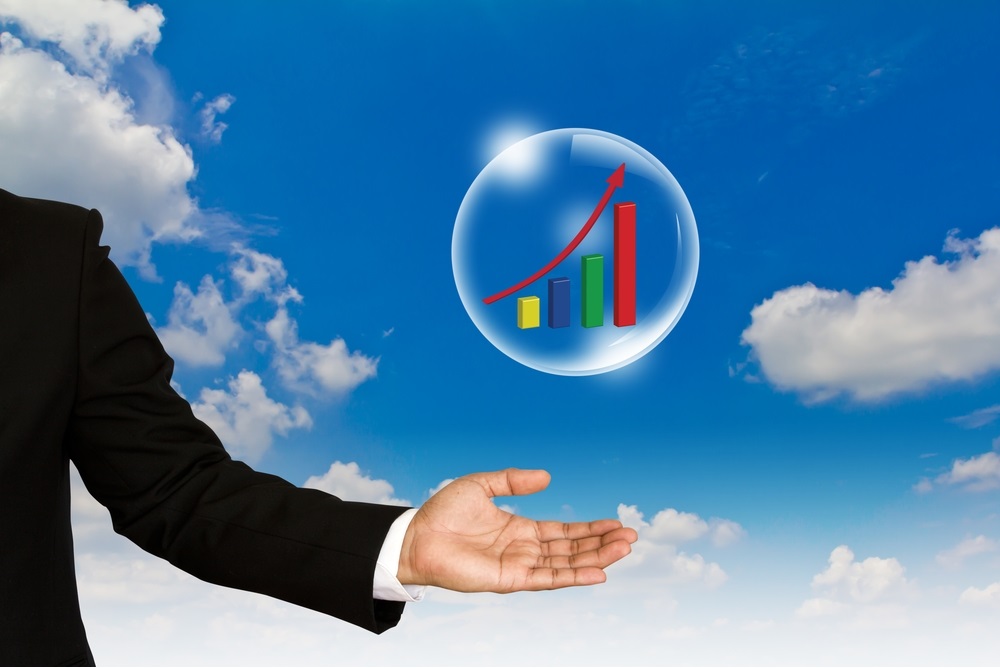 Bubbles are brewing but the broad market remains unaffected so far

News of investor mania spread well beyond the financial press last week.  Almost everyone has heard by now of the crazed speculation that drove stock price of the hapless video game retailer Gamestop to all kinds of record gains.  Similar speculation drove up the price of a handful of other previously almost worthless companies, including AMC (movie theatres) and Blackberry (remember them?).

Meanwhile, Bitcoin is once again soaring to levels well above those that market the peak of the last Bitcoin bubble.  And now it appears that silver prices are being driven up by speculators.

Much of this activity is being accomplished (as has been widely reported) by individual investors “teaming up” on social media to target specific investment opportunities.  In none of these cases can one make any justifiable case that the underlying value of the investment has changed.  Gamestop is still closing stores and operating on the verge of bankruptcy.  AMC is still reeling from the impacts of the pandemic.  Blackberry still has no plan to reattain its former glory.  Bitcoin’s value is only worth what today’s speculators say it is worth, and the supply and demand for silver hasn’t changed a bit.

The irrationality of this investment activity is just like the internet retail craze of the late 1990s, and will end just as badly for many of those who invest in these companies.  In the end, fundamentals always win out.  These stocks will eventually return to their intrinsic values once speculative fervor passes (or moves on to focus on the next shiny object).  It is like a game of musical chairs in which the party keeps going until the music stops – and no one knows when the music will stop.  Unlike typical musical chairs, in this game there is likely only one chair for every 10 players!  Let's be clear, this behavior is not to be confused with investing, this is gambling.  As your mother would have said, sure it's great fun until somebody gets hurt.

What does this all mean for ordinary investors?  Very little.  The stock market pulled back last week even in the midst of Game Stop euphoria, which is a healthy sign.  While the overall market is richly valued, it is supported by both profit growth and low interest rates.  Furthermore, while social media hordes banding together can have a dramatic impact on the stock of a very small company like Gamestop, the same horde would have great difficulty moving stock in a very large firm, or moving the market as a whole.

Even if the broad market has not been impacted so far, it is worth keeping an eye on investor behavior.  There is a whole lot of money being pumped into the economy by the government, and people still have little to spend it on thanks to the pandemic.  A lot of this money is going to seek a home in a finite set of investment opportunities, and that can certainly result in bubbly markets.  If markets rise appreciably, the prudent move is to rebalance portfolios, take some profits, and maintain your investment strategy.