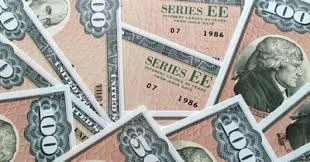 Why an Allocation to Bonds Still Makes Sense

Anyone who follows basic tenets of investing knows the simple fact that when interest rates go up, bond prices go down, and bond funds lose money.  And right now everyone knows that the Federal Reserve is going to soon begin raising interest rates.  Heck, we don't have to guess - they have told us they are going to do so.  So why would anyone want to own bonds now if rising rates means lower prices?

That is a good question.  And the answer can be found in the words “everyone knows”.

The Fed only raises the very short term rates that it charges banks.  Investors (aka “the market”) set all other rates, including those that determine mortgage rates, rates on corporate bonds, etc.  Since “everyone” knows that interest rates have to go up because of high inflation, BOND PRICES HAVE ALREADY FALLEN TO REFLECT ALL OF THE ANTICIPATED FUTURE FED RATE INCREASES.  And since all those rates have already risen, then all future anticipated Fed rate increases are already accounted for in today’s prices.  The Fed can now raise rates 6-8 times with no likely further impact on bond prices.

Bond prices can fall further – but only if the market decides the Fed will have to hike rates even higher than is already expected.  But that is far from a given.

It is just as possible that rising rates will slow the economy more than expected, and that inflation will cool off as the effects of stimulus fade and companies rush to repair supply chains.  If inflation turns out to be less bad than markets think, bond prices will likely recover from here.  And if higher rates ultimately tip the economy into a recession causing stock prices to tumble, bonds are apt to stage a strong recovery as interest rates are again cut to fight the economic decline.  And it is for those bad scenarios we want bonds in our diversified portfolios in the first place.

So truth is, we know interest rates are going up over the coming year…but we don’t know how far, or for how long.  Whether bond investments go up or down are dependent on these unknowns.   Meanwhile, although bond fund losses over the past several months are somewhat painful, the higher interest rates are a bit of a blessing over the longer term.  Higher dividend payments due to now higher interest earnings can be expected in coming months as the managers cycle into higher yielding bonds.  And the higher rates go up – the further they can fall if the economy goes into a nosedive.  That means bond funds may offer greater downside protection now than they did a year ago.  And that is why we like to own them in the first place.