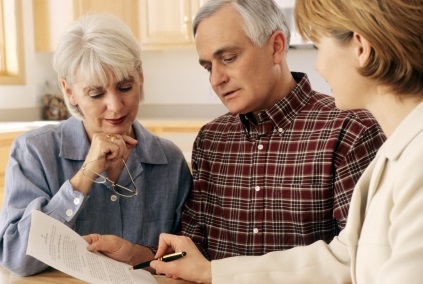 Rule Changes May Create Financial Planning Opportunities for Some, while increasing tax expense for others.

Just when it seems like Washington is completely dysfunctional, Senate pas(sed the SECURE act – a bill that overhauls tax treatment as it applies to our IRA and 401k retirement accounts.  The bill passed the House with bipartisan backing earlier this year, but then languished in the Senate as certain powerful members had problems with specific provisions in the bill.

Well, in truth, Washington is still dysfunctional, but the bills backers in the Senate realized that if they just attached the bill to the spending bill which is chock full of pork for both left and right leaning politicians, it would have to pass.  And so it did.  Nothing can get between Congress and its deficit spending, especially when the bill comes to a vote just as members are in a hurry to get home for the holidays.

Now as for the SECURE act – a few important changes to retirement rules.

Required Minimum Distributions will be delayed for those turning 70.5 in 2020 or beyond.  You will not have to take distributions until you are 73 under the new rules.  You can also continue to make contributions if you still have income from work.  This is a tax savings boon to wealthier retirees who don’t need their retirement account balances to live off of – but won’t matter to most people.

Inherited IRA’s no longer so sweet.  Until now, if you inherited an IRA, you could leave the money invested on a tax deferred basis, while taking required taxable distributions a little at a time spread over the rest of your life.  No more.  If you inherit money in an IRA from someone who dies in 2020 or beyond, you will need to take all the money out (as taxable distributions) within 10 years.  Some are arguing that it is unfair for Congress to change this rule after people planned on the old arrangement – but I don’t buy it.  After all, because RMD’s are designed to deplete accounts over your life expectancy, no one should be PLANNING to leave large retirement account balances to their heirs anyway.  The only way to plan on leaving your kids your IRA balance is to make sure you die young, before the RMD rules deplete the account.  And if you are thinking along those lines, there is still time to act!  Just make sure you die before Dec 31, and the old rules still apply.

There are some interesting planning opportunities arising from this change.  For instance, many new retirees will see a larger window of time during which they may choose to convert retirement accounts to tax free Roth accounts before RMD’s push them into a higher tax bracket.  But at the same time, the tax free nature of the Roth will not be quite as beneficial to their heirs, as the 10 year distribution rule will apply to Roth accounts as well (even though those distributions will still be tax free).

Our planning software provider is working hard to get these new rules implemented in our planning tools.  We will be sorting through our client list looking for clients who may be impacted – in either a positive or negative way – and will reach out if we suggest any action as a result.