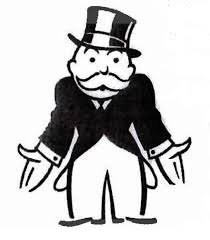 Case Studies of the Rich, Famous, and Bankrupt

More Money is Not Always the Answer to Financial Problems!

Anyone who is struggling to pay their bills and keep the household financial ship afloat can be forgiven for thinking that a little more money will solve their problems.  However, more money is not always the answer!  In my own experience, I have had clients with high incomes who are in deep financial trouble, and have clients who lived on modest incomes for their entire lives and are quite comfortable.  I find that financial health is less correlated with income level as it is with good financial habits, such as budgeting, avoiding debt, and saving for the future.

In each of these cases, the issue at hand is not insufficient money.  In the case of the football players, It seems to me the primary culprit is immaturity.  Young people as a rule tend not to think much about the future, and tend to be impulsive with their money.  Add to that the fact that most players come from poor backgrounds and have little experience with money, and you have a recipe for disaster.  Maybe the players union should mandate a percentage of players income be paid into a lifetime annuity contract!  Any good advisor could show these youngsters how to make the most of their windfall and set them up for a financially sound life.  But getting the kids to listen?  That’s never easy!

Lottery winners often face the same predicament.  Most have little experience with money, are naïve, and don’t get good advice.  A common thread, sadly, seems to be generosity.  Both the NFL story and the lottery winners often give away too much of their newfound wealth to mooching friends and relatives!  It is good to be generous, we encourage generosity!  But giving (as well as spending) needs to be well planned and sustainable (regardless of your income level)!

In the case of Mr. Depp – well, we could sarcastically comment that this is also a case of immaturity.  However, I suspect there are deeper psychological factors behind his spending.  He would not be the first person to try to solve emotional problems by spending money.  I don’t know of anyone who has ever found this type of therapy to be effective, however!  In Mr. Depps case, he had advisors and managers.  It appears he just didn’t listen to them.