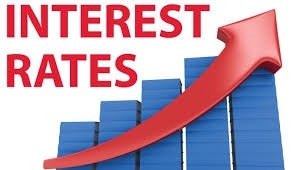 No Congressman, there is no such thing as Santa Claus.

And to policy makers in Washington, the deep pool of money you have been happily tapping into for the past decade or so may actually have a bottom.

Our elected officials love to cut taxes and spend money.  Its what gets them elected and they know it.  And for the past 10 years, successive administrations have ratcheted the spending up and the taxes down with little economic consequence.

The bond market is starting to indicate that there may actually be a bottom to the money pit, and that there may also be a limit to the amount of stimulus the economy can actually absorb without negative consequences.  That indication comes from a recent rapid rise in interest rates, from under 1% to 1.5 percent on the so-called “benchmark” 10 year US Treasury Bond.  Mortgage rates and other borrowing rates tend to be tied to the 10 year Treasury, so this matters to homebuyers and businesses.  Rising interest rates also mean losses to bond investors – the US Aggregate Bond Index is down over 3.5% since the beginning of the year due to rising government bond interest rates.

Just to be clear, the bond market is apolitical.  It doesn’t give a hoot whether a Democrat is in office, or a Republican.  It is simply the sum opinion of all investors who lend money (to the government in this case) deciding what they need to get paid in order to lend the government all the money it needs.  Here is how the markets “thinking” works:

And why might there not be enough investors willing to lend the government money at those very low rates?  Well, fear that rates may move higher in the future is one reason.  If investors believe that the government demand for funds will continue to increase dramatically, they may assume that rates will be higher tomorrow than they are today and hold out for a better deal.  Remember, the more money the government has to borrow, the higher the interest it will need to pay to attract a sufficient number of investors.   Investors may also fear that all the borrowed money flooding back into the economy might cause the economy to overheat, causing inflation.  No one wants to own a bond paying under 1% if the cost of living is increasing at 4% per year!

So can’t the Federal Reserve just set interest rates where they want?  Well, no.  The Fed only directly controls very short term interest rates.  Long term rates are set by supply and demand the same as stocks.  The Fed has occasionally intervened in markets and driven longer term rates lower by stepping in an buying bonds themselves (thus increasing demand) but there are limits to their ability to do that, since it risks increasing the supply of money in the economy, which may lead to inflation.  Furthermore, large increases in the Fed bond holdings may limit its ability to fight inflation in the future in case it needs to.

Higher rates can hurt the stock market as well.  Company profits may fall if borrowing costs increase, pushing down stock prices.  Demand for stocks may decrease as some investors are attracted to the safer and now more profitable bond market.  We have seen stocks sell off over the past two weeks on higher interest rates, and in late 2018 fears of higher rates triggered a 19% sell off in stocks.

Will higher rates benefit savers?  Savers have been crushed over the past year.  Money markets, CD’s, and similar safe investment options pay almost nothing.  Unfortunately, these are not the rates that are currently increasing.  There is far too much cash available to allow these short term rates to increase.  So it is possible there may be some slightly better rates on 12 to 60 month CDs than a few months ago, it is nothing to get excited about.

For long term investors, higher rates are not a bad thing.  Sure bonds have lost money this year - but the interest being paid as those bonds mature and are reinvested will be higher as well.  The danger to bond investors is if rates keep moving higher and higher over a long time period.  When this happens, losses in value keep offsetting any gain from higher interest payments. We haven't experienced such an environment of persistent rate increases in many years, and I am not predicting it will happen now.  There are so many moving parts to the economy that predictions are impossible to make with accuracy.  But rising rates and increasing inflation make for a difficult environment for investors to make money, even as increasing cost of living makes growing your money more important than ever!